On June 14, 1962 Denmark issued a stamp to commemorate the 50th anniversary of the Motor Ship Selandia. The Selandia is often referred to as the the worlds first diesel powered ship. 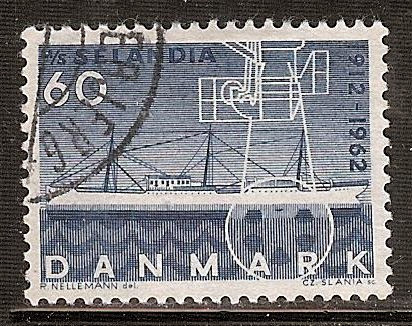 
Constructed by Burmeister & Wain in Copenhagen the Selandia was ordered by the East Asiatic Company. She was launched on November 4, 1911 and completed during February 1912.

She sailed between Scandanavia, Genoa and Bangkok and was eventually sold to Panama in 1936. Where she was renamed Norseman and then as the Tornator in 1940.